To end our history unit about Kings and Queens, we entered into the court of Henry VIII. We began by learning about Henry as a young prince and events such as the war of the roses that Henry's father (Henry VII) ended. Next Henry unexpectedly became King when his brother Arthur died. Throughout the workshop we were introduced to each of his wives, listened to their stories and what happened to them. We all know that Henry wanted a heir to the tudor throne and we met his three children who all went on to rule England during the tudor period. The boys and girls listened to and learnt a tudor dance and were even entertained by Henry's jester. Thank you Debbie for your Real History workshop.

As historians we have: 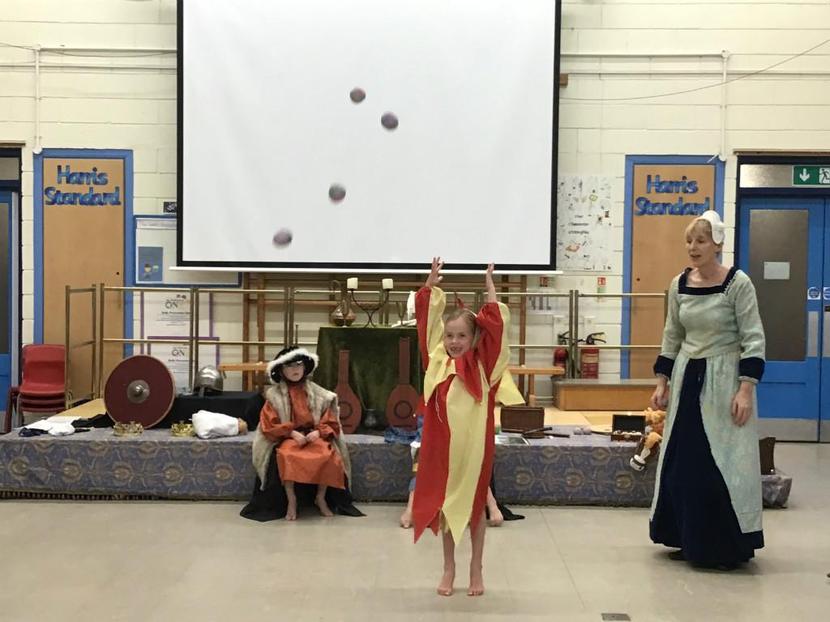 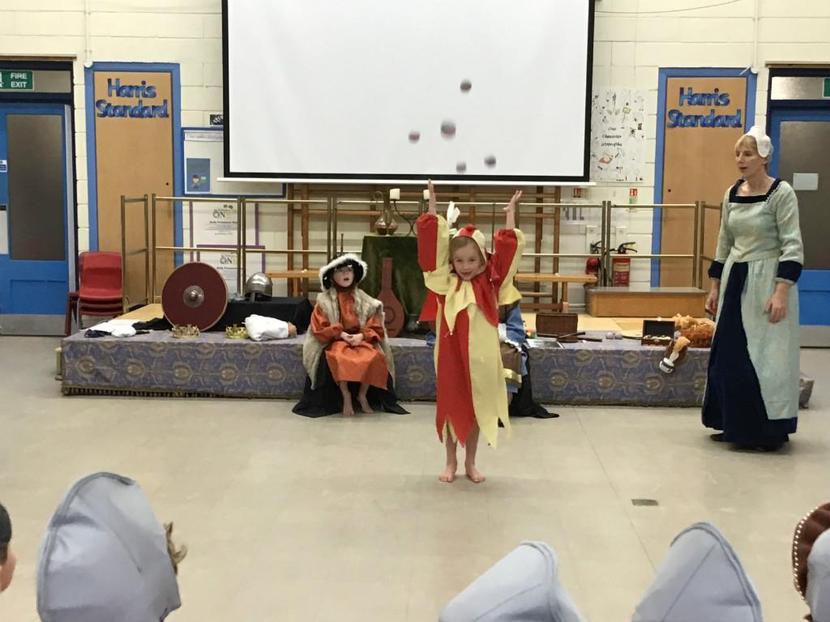 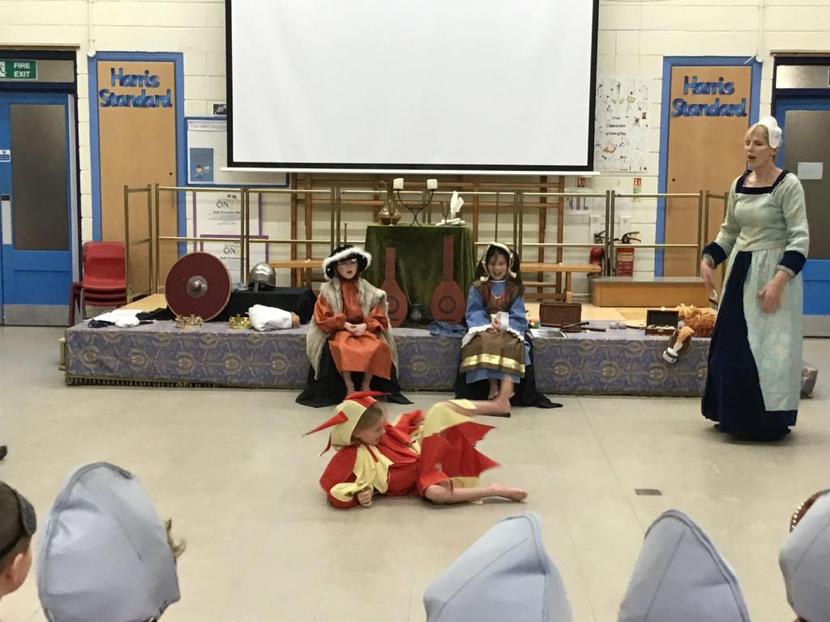 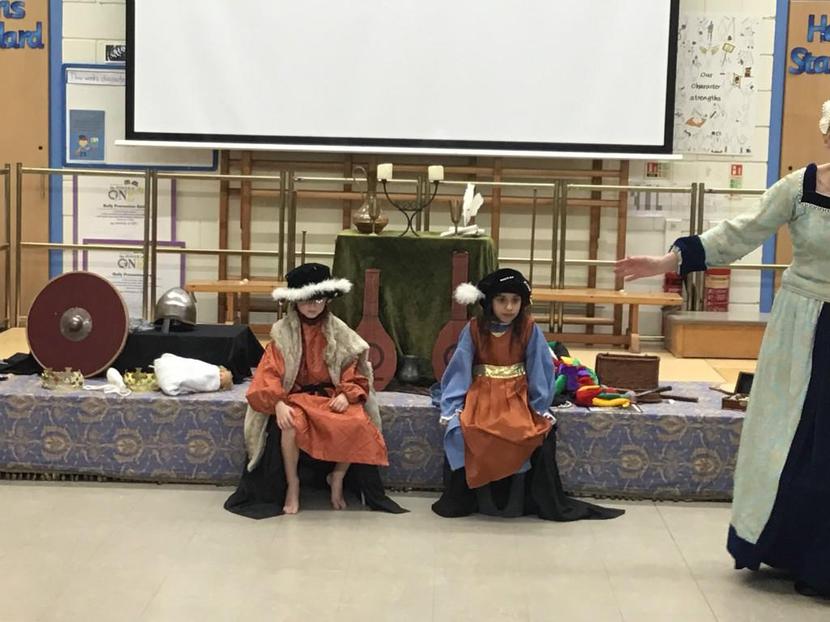 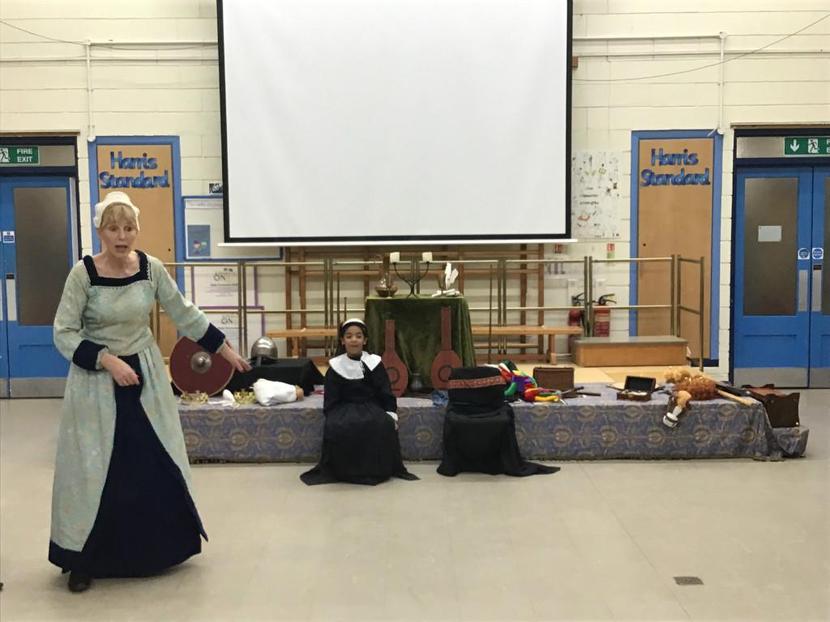 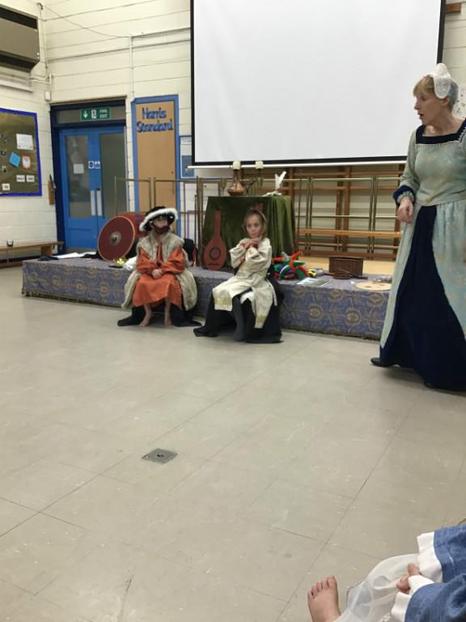 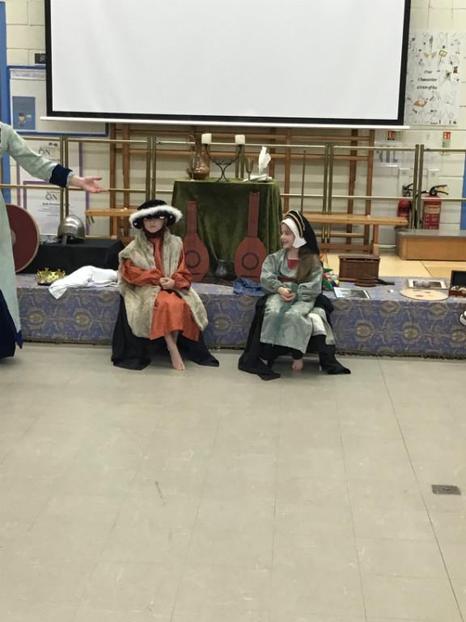 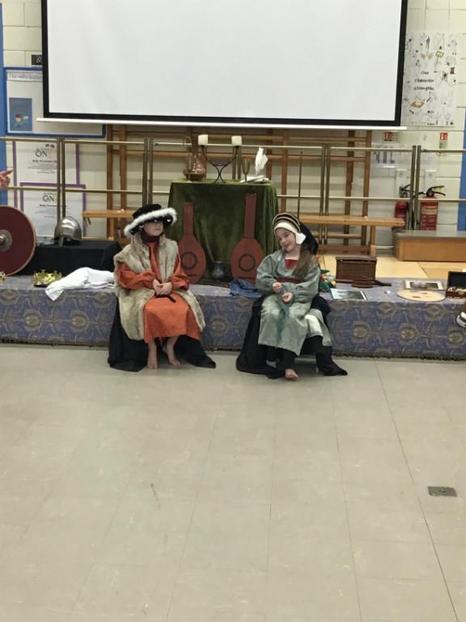 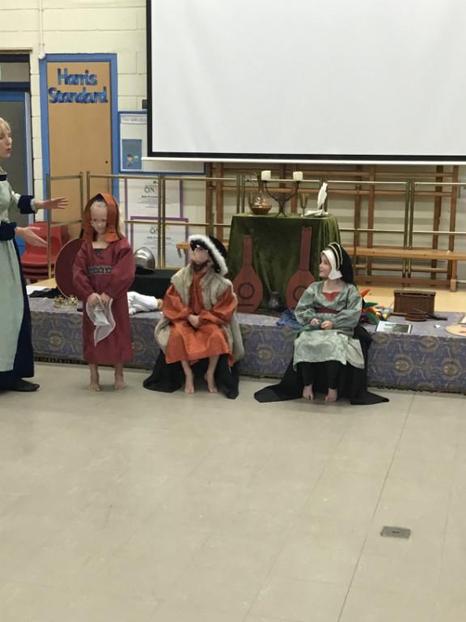 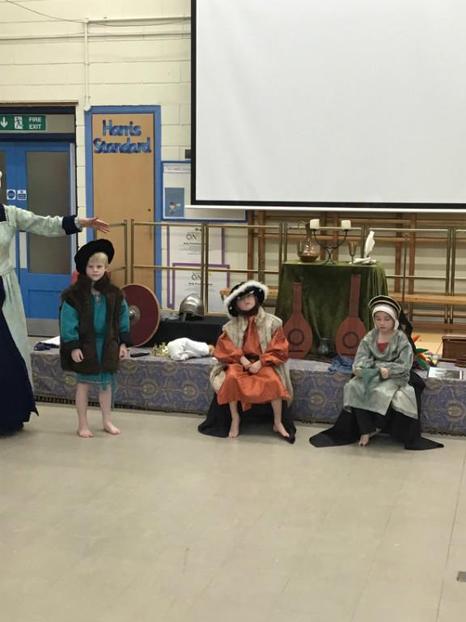 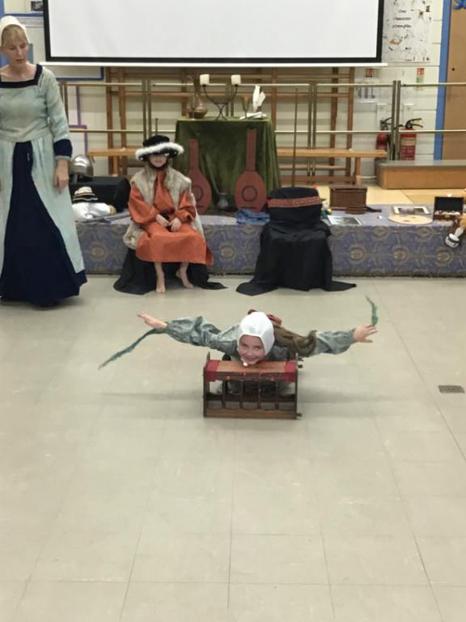 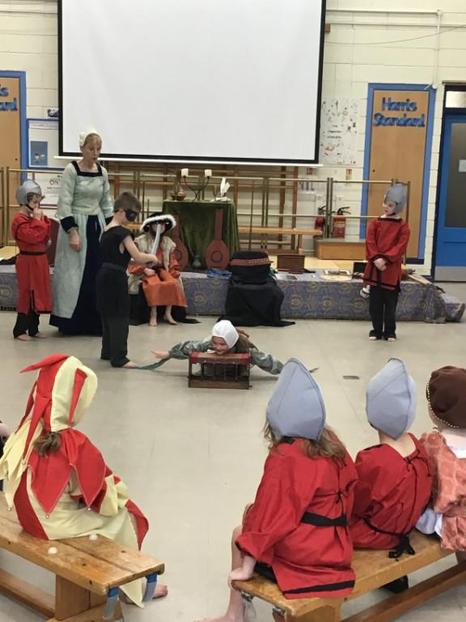 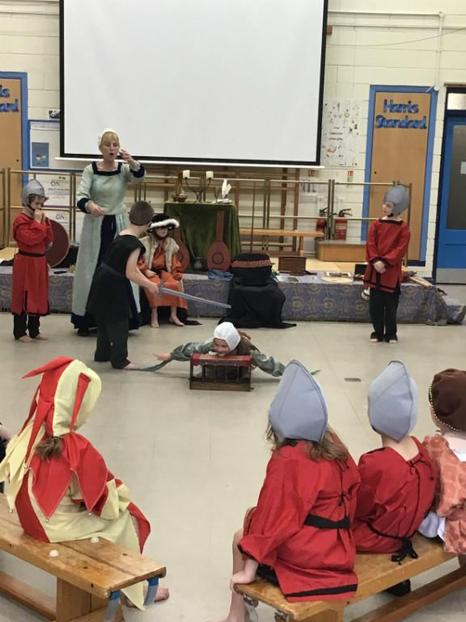 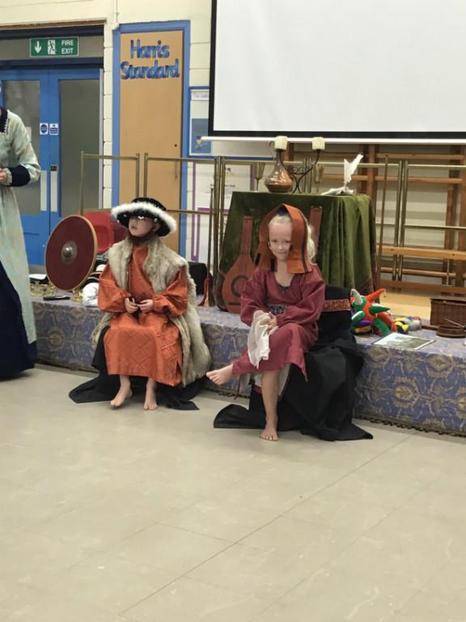 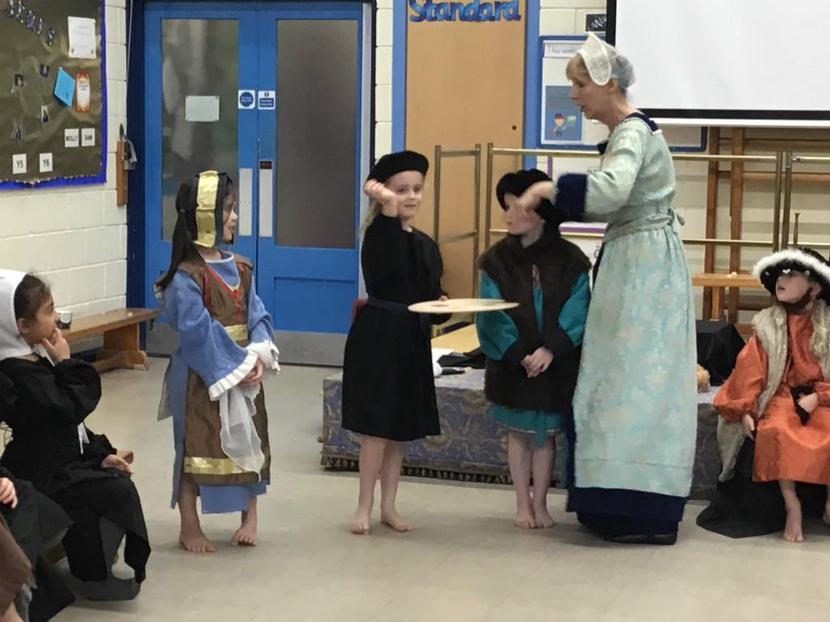 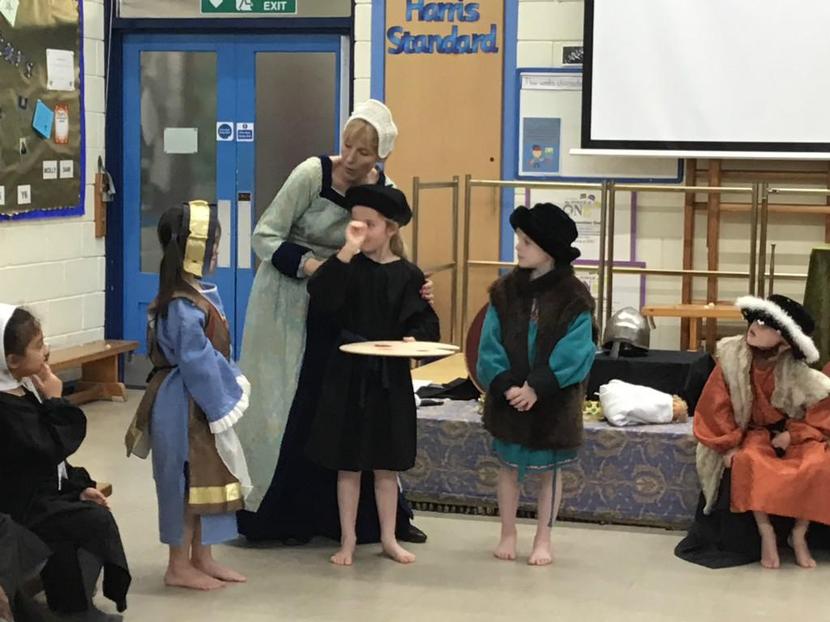 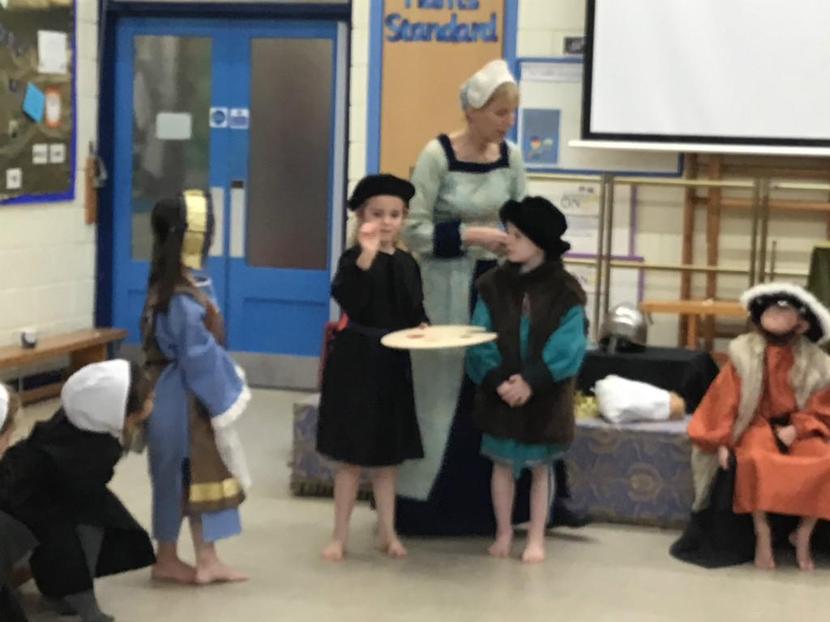 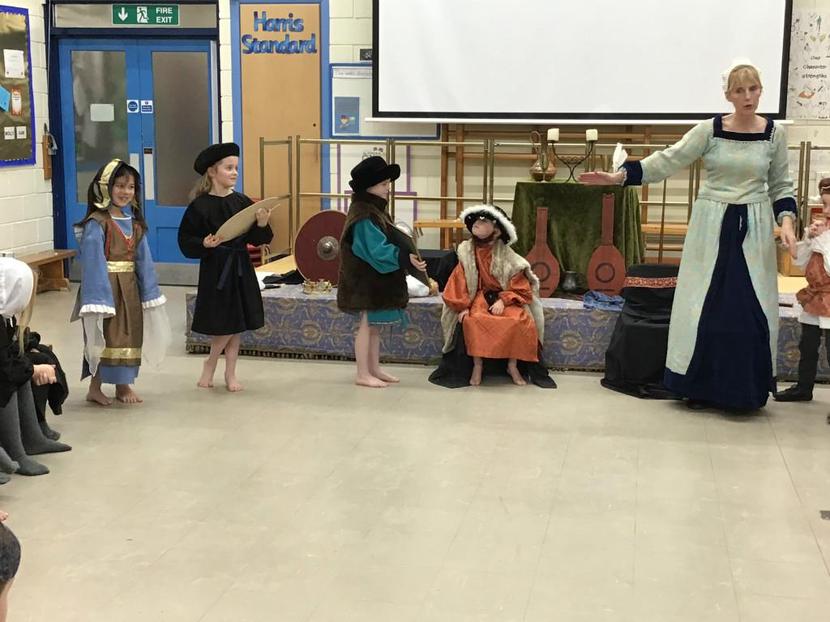 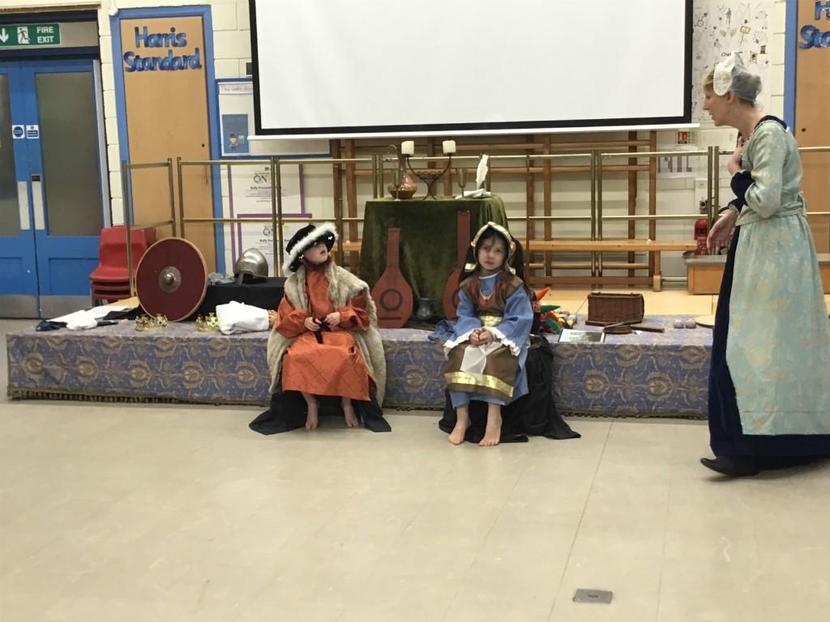 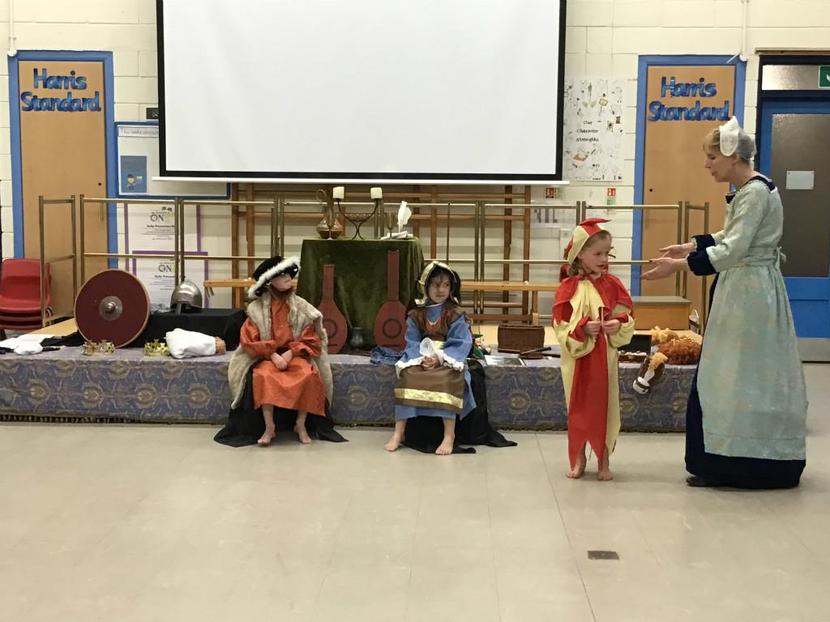