In R.E we have been learning about Sikhism. We had a visit from a Y6 pupil, who taught us about some of the rituals and special things that happen at the Gurdwara. The boys and girls then role played some of the rituals and actions and the rest of class had to guess. The children have thought about what actions they can show to demonstrate that they share the idea of equality. Finally they have drawn a building which is important to them and explain what it is about the building, the people in it and what happens there that make it an important, special and how people are treated equally. 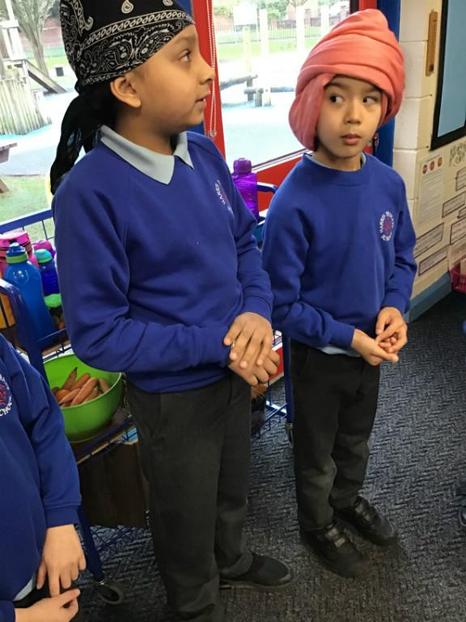 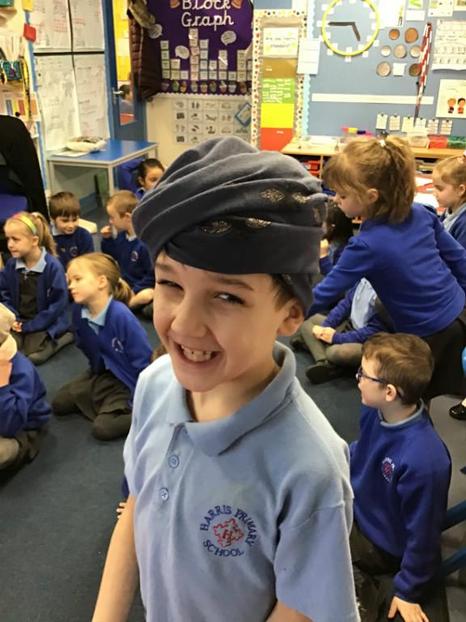 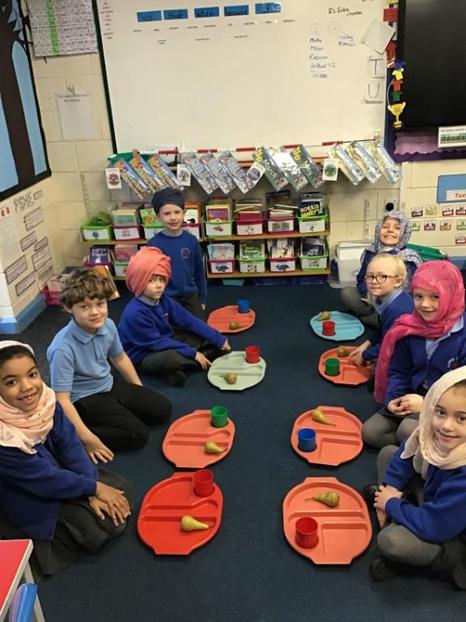 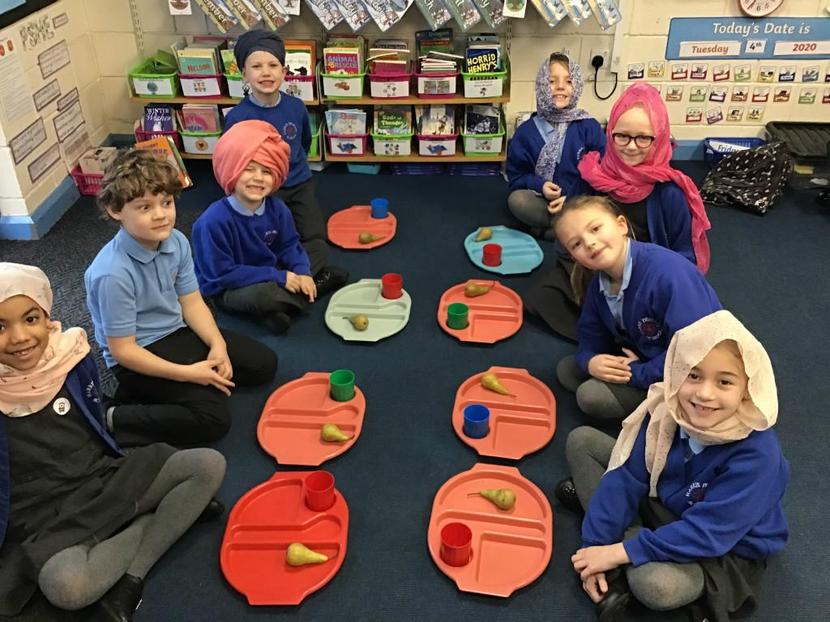 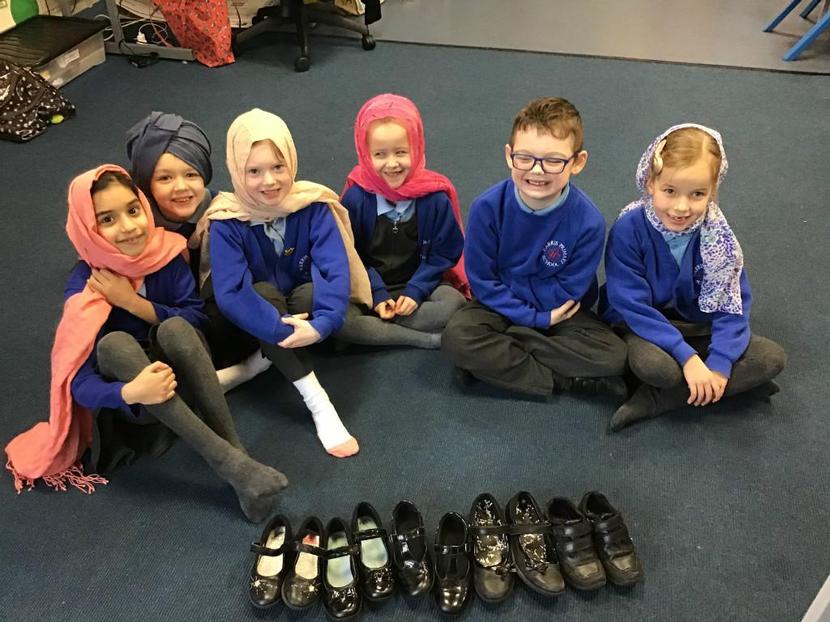 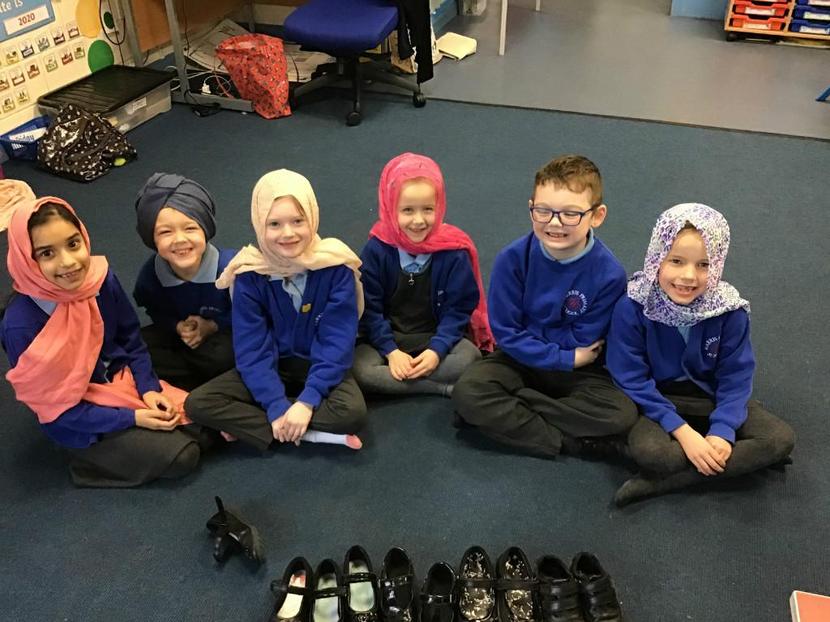 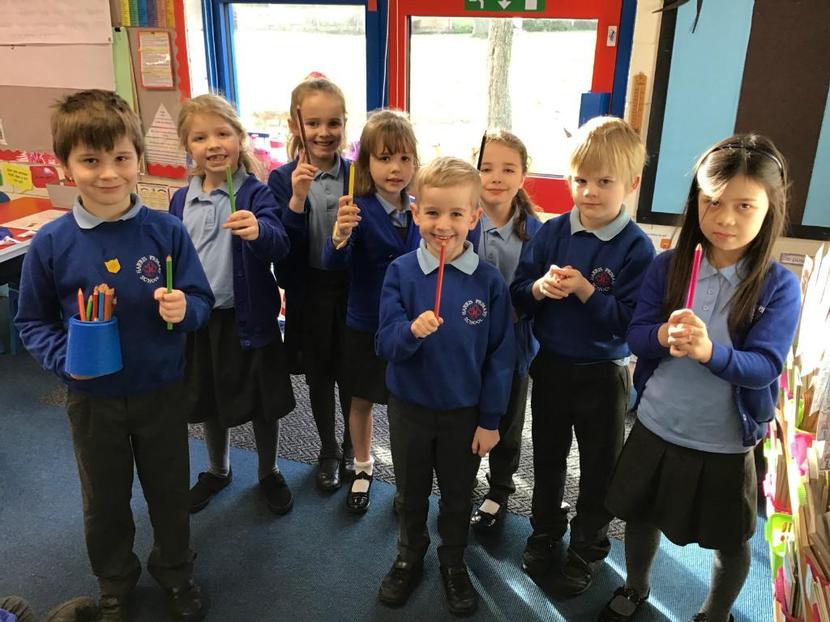 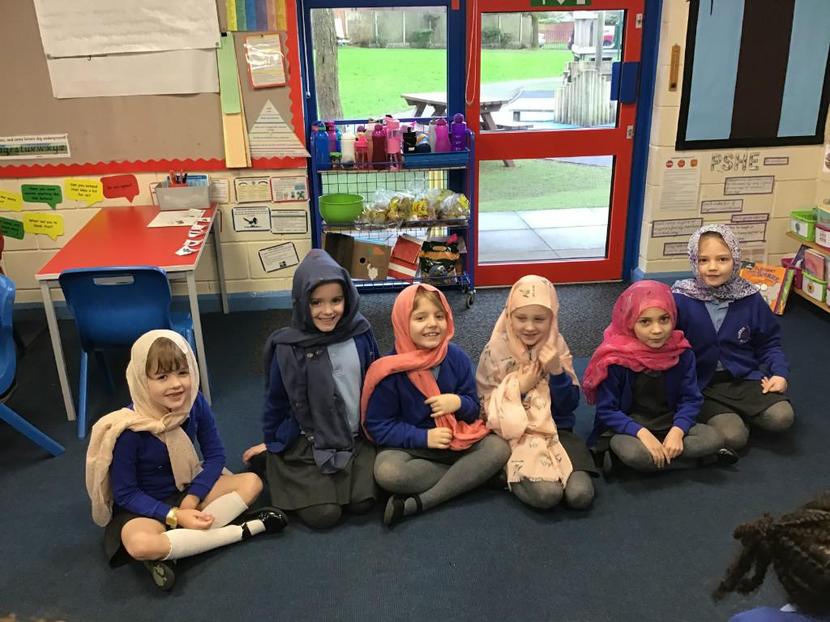 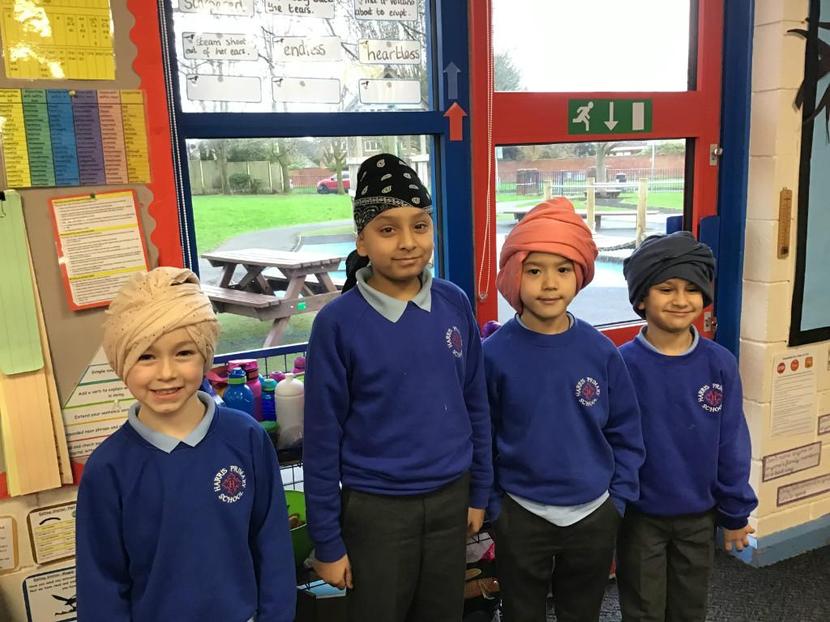 The Symbolism of Light

The boys and girls in Year 2 have been learning about how and why symbols show us what is important in religion. They are beginning to understand the significance of light and that some people believe that Jesus is the light of the world. Today they loved making Christingles and learning each part and what it represents. The orange represents the world. The red ribbon shows God's love of the world. The candle represents Jesus being the light of the world, bringing hope. The four points with dried fruits/sweets show God's creation of the four seasons. Take a look at the photos below. 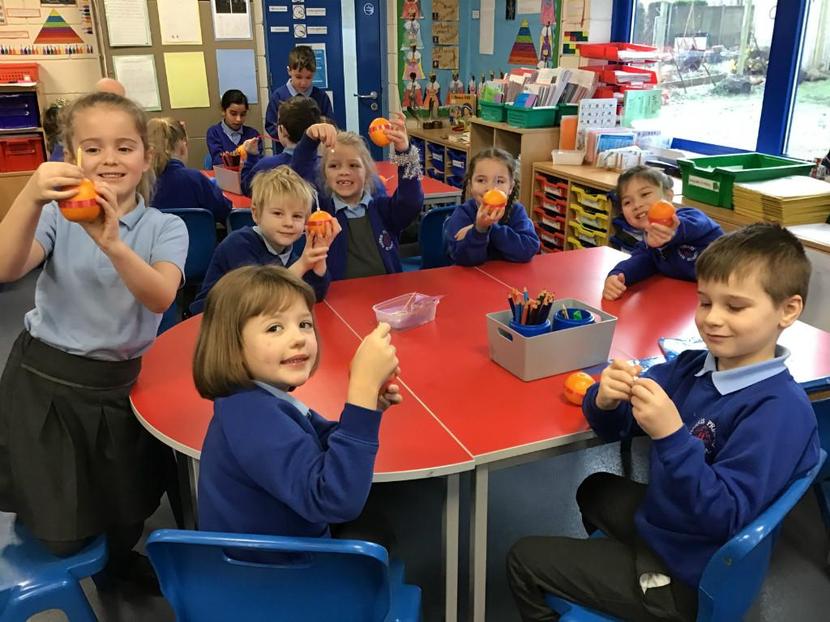 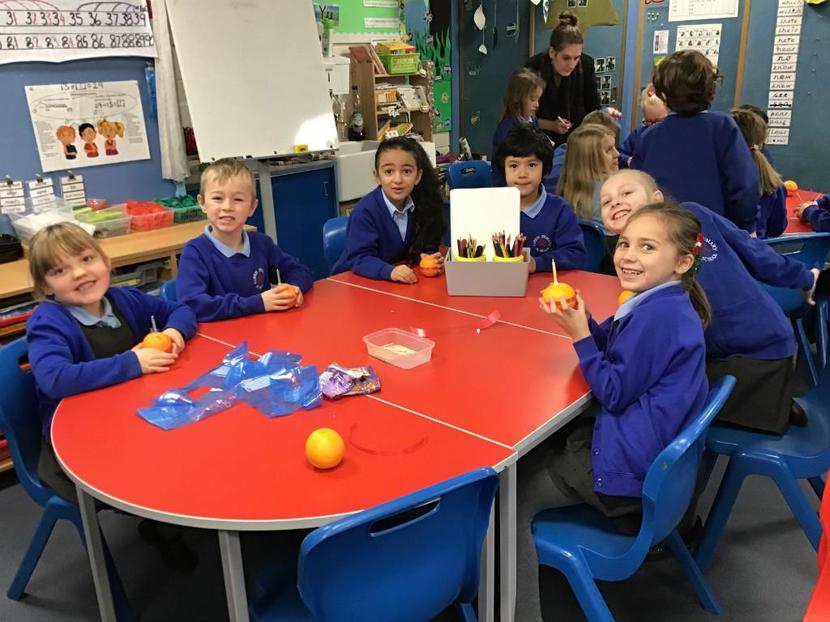 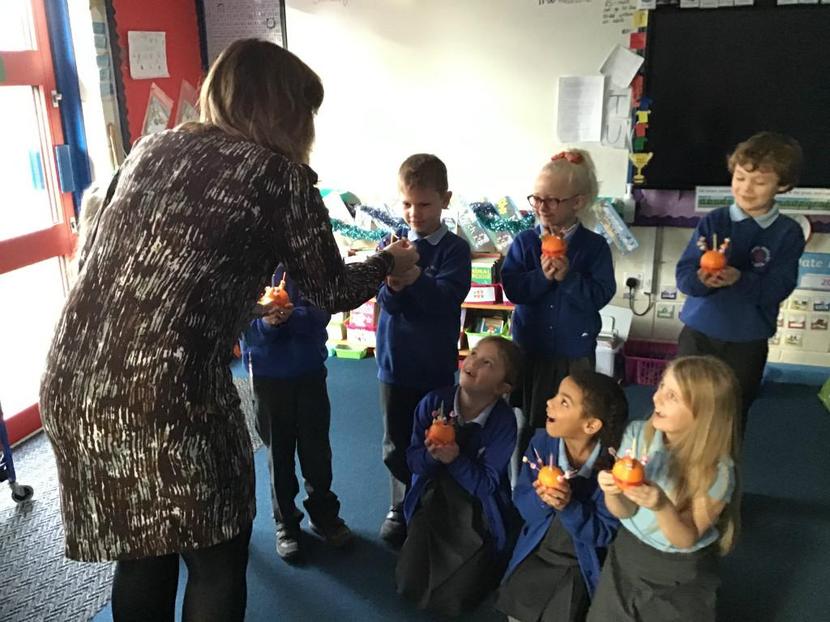 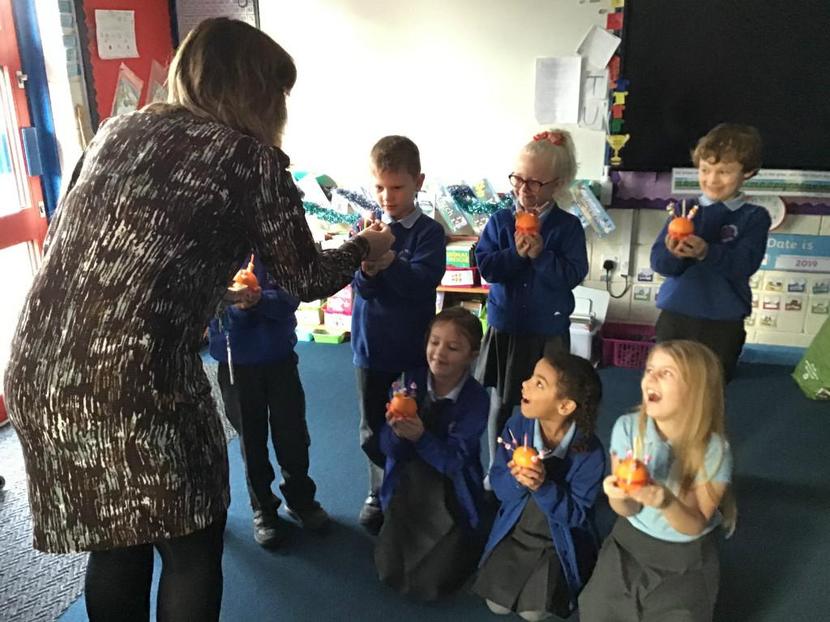 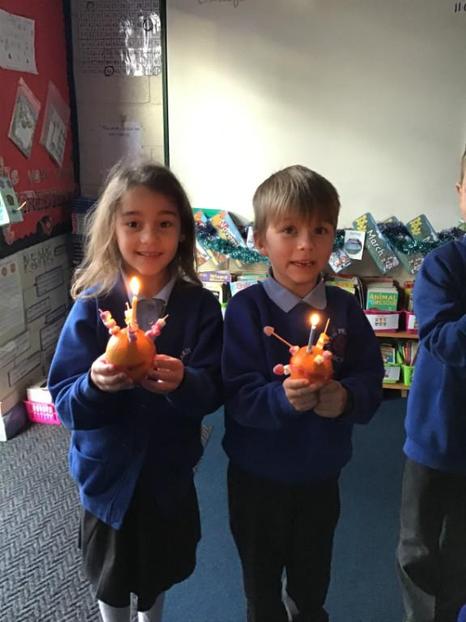 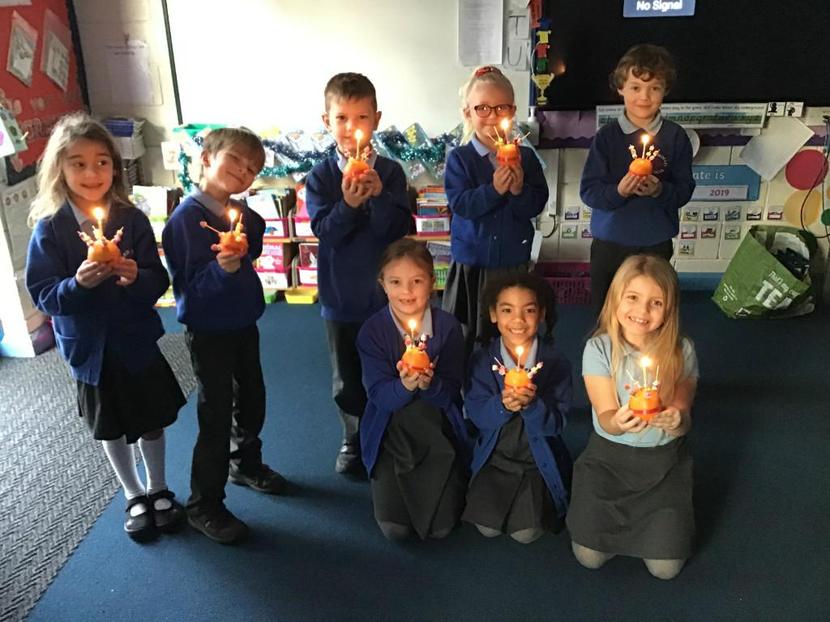 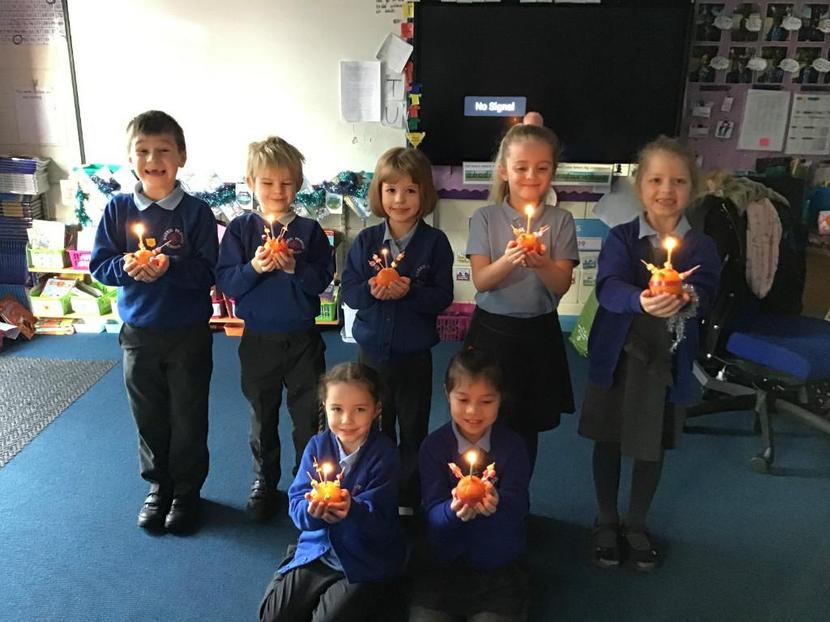 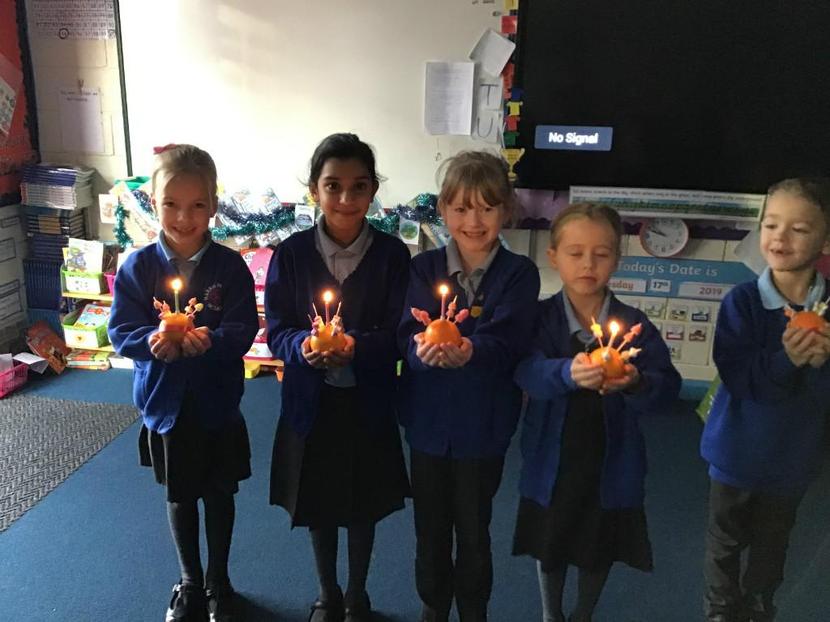 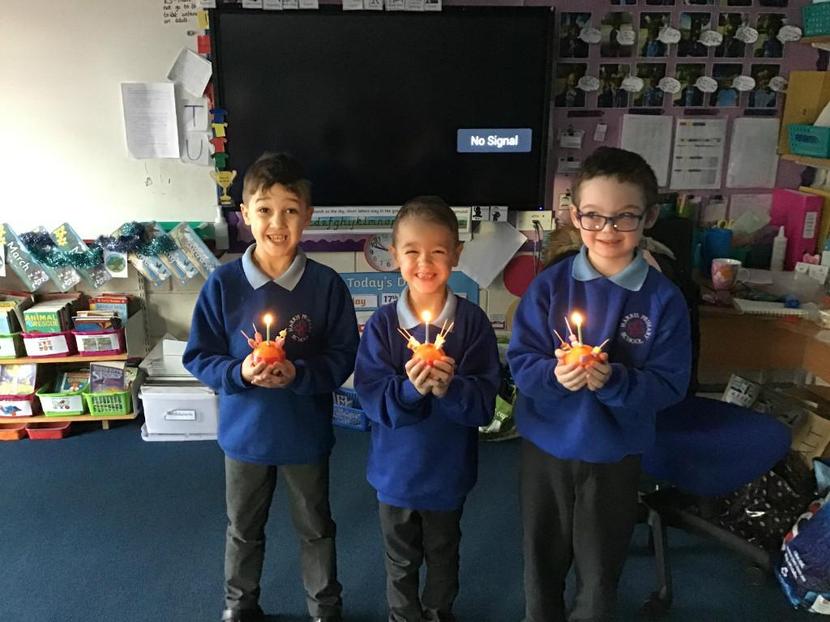 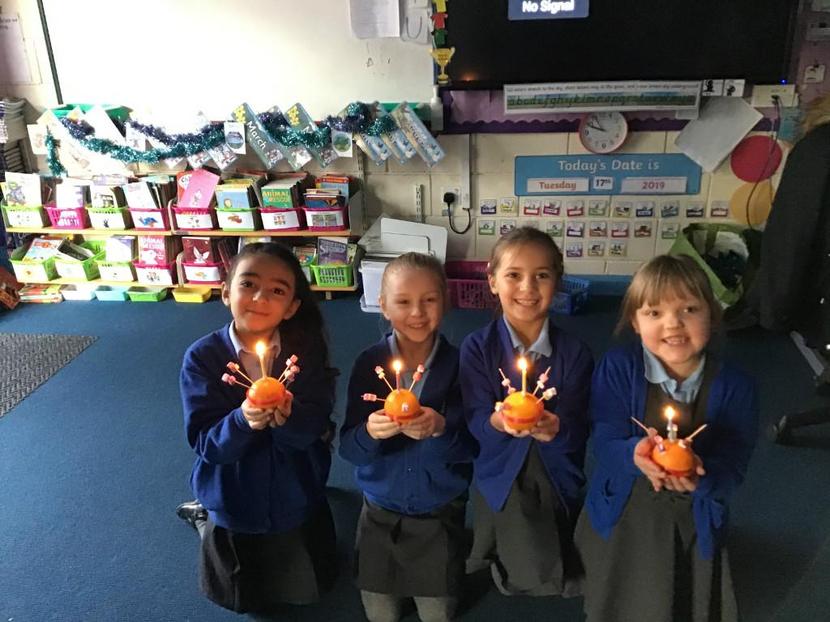 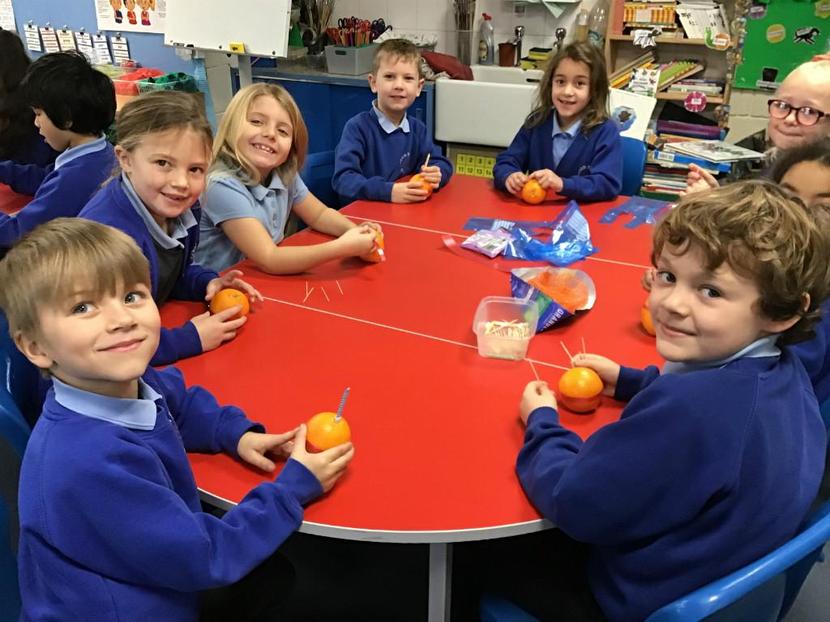 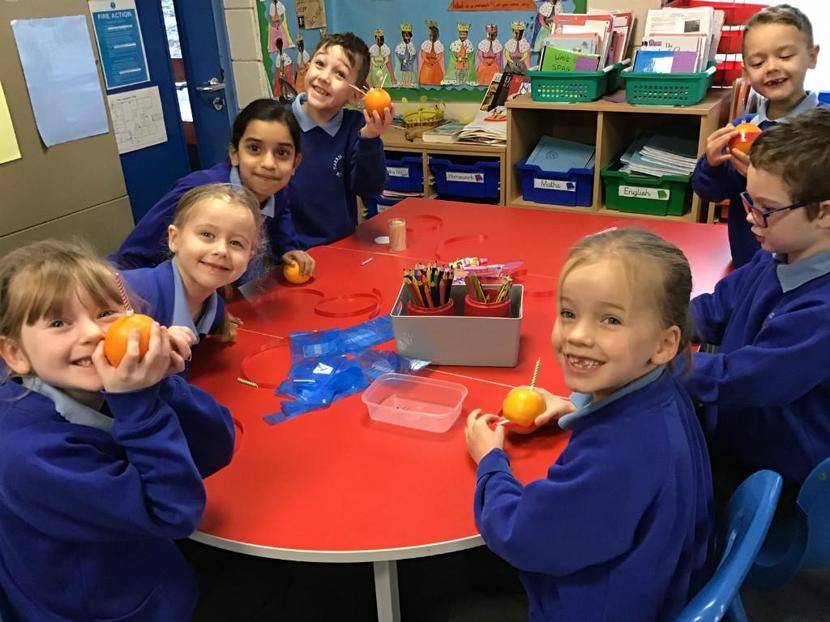 Year 6 welcomed some visitors from the Hindu Temple who taught us all about Hindu culture, Diwali and Hindu dance. We also enjoyed making Rangoli patterns with coloured sand. 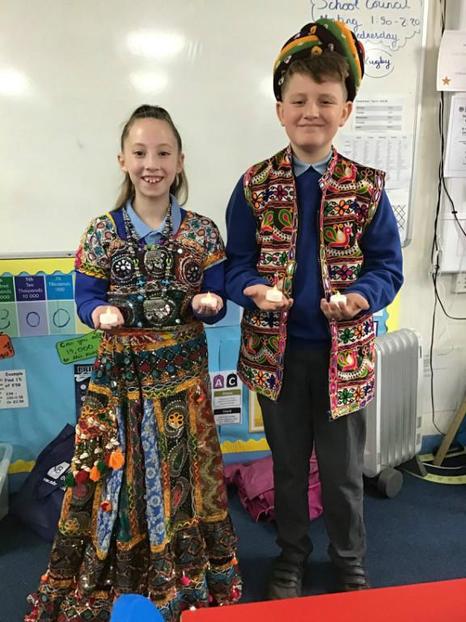 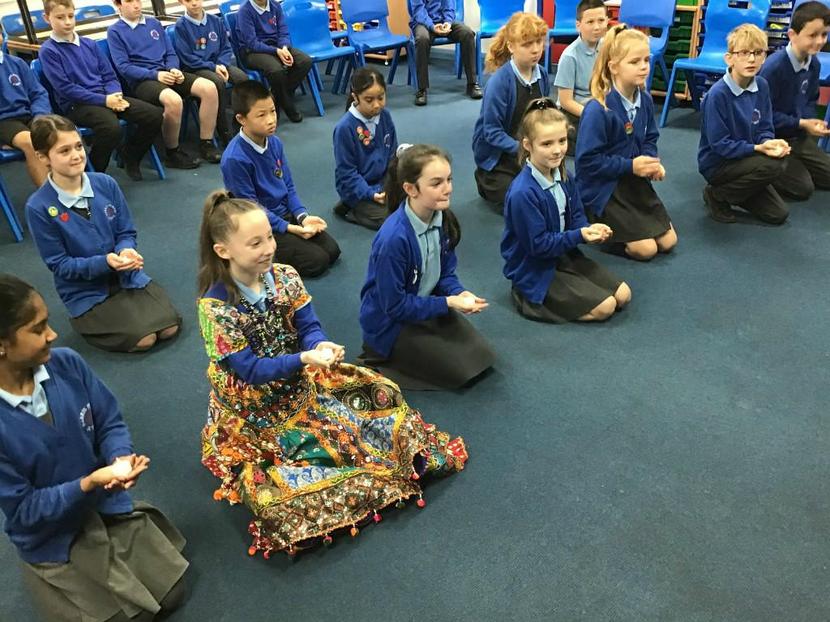 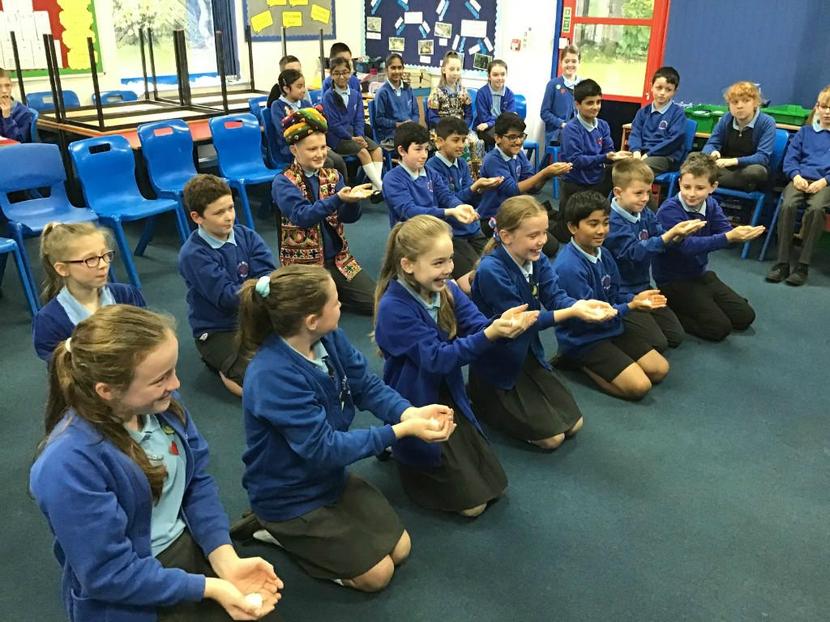 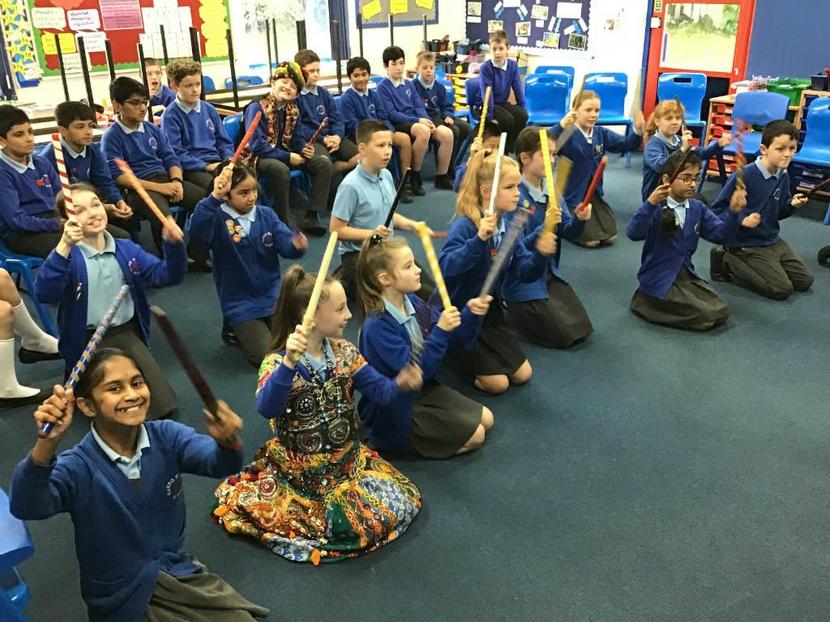 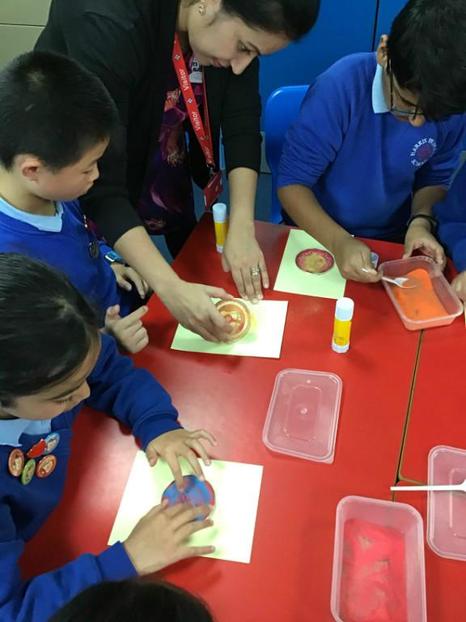